The first time I saw Khachapuri it was on Instagram. I thought it was one of the coolest things to eat I ever saw. I didn’t know what it was at this moment. I did some research and I discovered that Khachapuri was a typical meal from Georgie. Apparently Khachapuri are everywhere there. You can find many versions of this popular meal but if you ask me, as soon as I saw, cheese, eggs and butter I was conquered and there was no need to look further… I had to try! HA-HA! I guess you’re beginning to know us a bit now. This is totally our type of food.

OH! And if you’re confused about the pronunciation, you go like this! Catch-A-Puri

As simple as that! HA-HA-HA 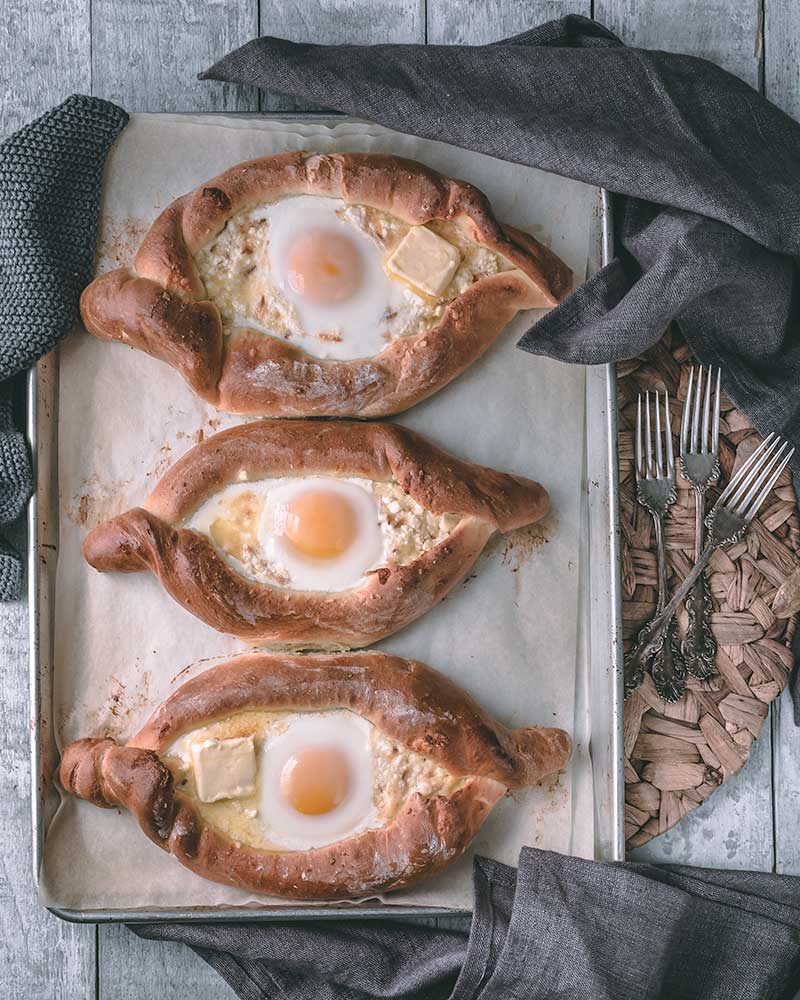 The way it’s supposed to be eaten: Break the egg yolk with a fork and mix it with the cheese, the egg white and the melted butter. Then take pieces of crust and dip it in. Et voilà! It’s an insane recipe. So good and so fun to eat. In my opinion, this recipe can be for a brunch, a lunch or a dinner, it doesn’t matter. The only thing that should dictate when you make this recipe is if you have a craving. 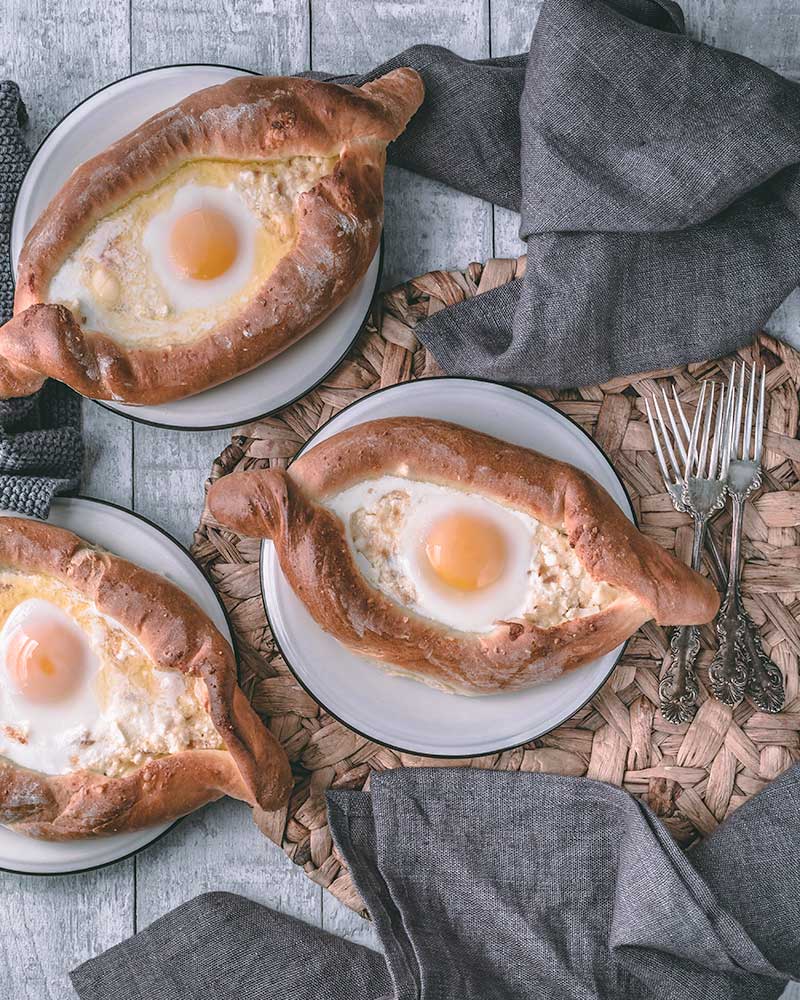 Here’s what you gonna need to make this recipe. I also add some beautiful accessories to present it.