I remember waking up that day, telling myself it would be nothing but another Tuesday at the bar. Well, you got to believe folks because that day, one of the best chefs I know asked me to participate in his upcoming book. Chef Stephane Modat, the genius behind the amazing food program at the Fairmont Château Frontenac, wanted to add a cocktail section in his book, representing what he likes about cocktails. Some must be super simple drinks because … let’s face it, when a chef, sometimes all you want is a quick fix after a crazy night in the kitchen, right? But he also wanted some to be more elaborate. One of them, using a technique and ingredients that could be used in both, cooking and cocktail making. The first idea that popped my mind was to make a cocktail involving the “fat wash” technique.

For those of you who are not so familiar with this term, let’s put it that way, fat washing a spirit consists in infusing alcohol with some kind of fat. The result is a spirit with a different mouthfeel, most of the time silkier and with obviously, a modified taste.

To master the technique, you need to follow some easy steps.

Now that we cleared this up, what does it have to do with cooking??? Well, that fat we skimmed is now packed with flavours from the spirit it steeped in for 24 hours. SO DON’T THROW IT AWAY!!!! You can use it for Pop Corn, mashed potatoes, caramel … whatever your cooking imagination tells you.

In the case of Stephane’s book, Sefra did the brown butter so I can fat wash the Scotch to make a delicious butterscotch flavoured Old Fashioned. Stephane used the Scotch brown butter for a butternut squash purée.

Fun fact, two years ago when I was participating in the World Class regional finals (World Class is a global bartender competition) I accompanied one of my cocktails with a pop corn flavoured with Scotch infused butter. One of the judges, Dale DeGroff who is one of the most influential bartenders in the world and cocktail expert, said he loved the pop corn and could really use the recipe. That is straight up bucket list material for a bartender I’m telling you!

Here is the fat wash recipe and keep in mind, any spirit can be fat washed, just need to find the right fat to wash it with. Spoiler alert, coconut oil fat washed white rum makes a crazy Daiquiri. Cheers guys!

Enjoy when thirsty. Try it neat, on the rocks, in an Old Fashioned cocktail situation or in a Brooklyn-style cocktail. You will love it and will always want to have a batch ready. 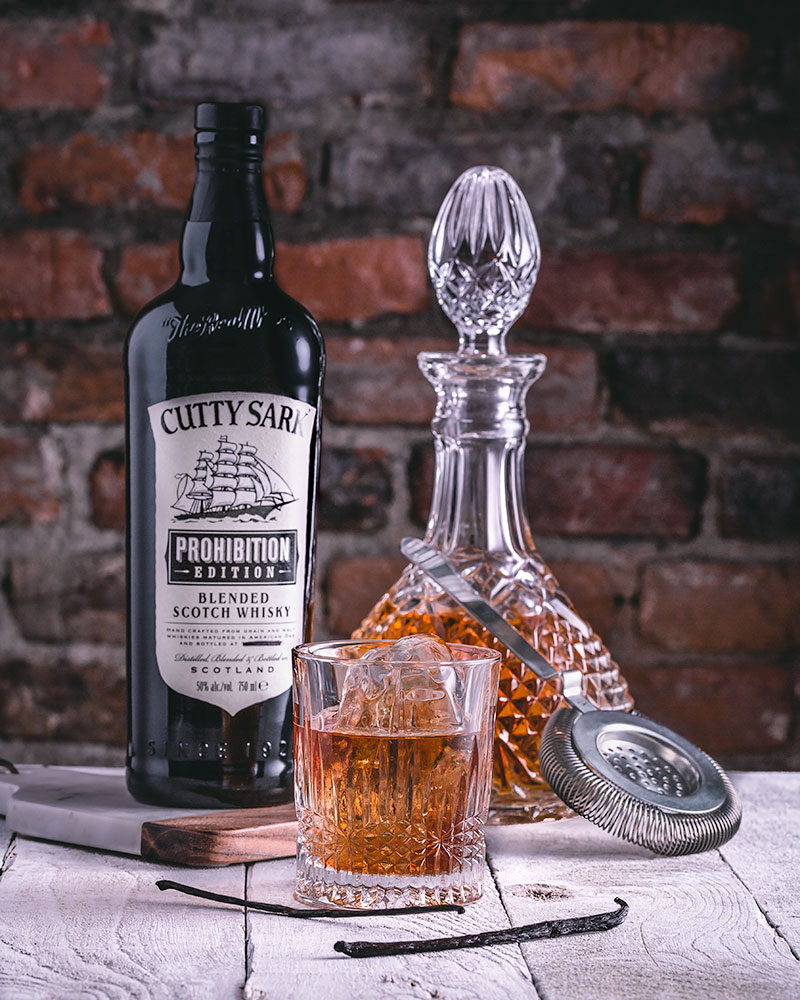 These are some barware and kitchenware that will definitely help you to make this recipe in style.
Cocktailsfat washscotch
3